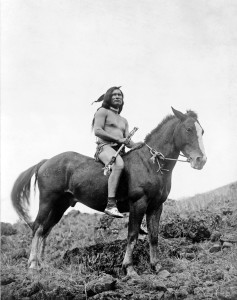 Native American jewelry has a long history, and the meaning of the jewelry can vary depending on the tribes that create the piece. Native American jewelry has been discovered in archaeological dig sites with artifacts dating back over 1,000 years. The original use of making jewelry among tribes people was for adornment for special ceremonies and as a sign of royalty among tribes people. The main items used for making jewelry were beads, stones and shells.

Over time, Native American jewelry became popular among non native people. It was then that the jewelry began to be sold and traded by tribes for money or other tangible goods to people outside their tribe. There are many different types of jewelry they are noted for including: Native American rings, bracelets, earrings and necklaces.

In many cases, Native American rings and other forms of jewelry are crafted over generations within a family. Many families and craftsmen are known to create a hallmark of their workmanship that can often be noticed readily in their Native American rings. With the unique fine craftsmanship that is used with each piece, people are assured that any piece of jewelry they buy is special.